Home elearningCapturing a name in Rise 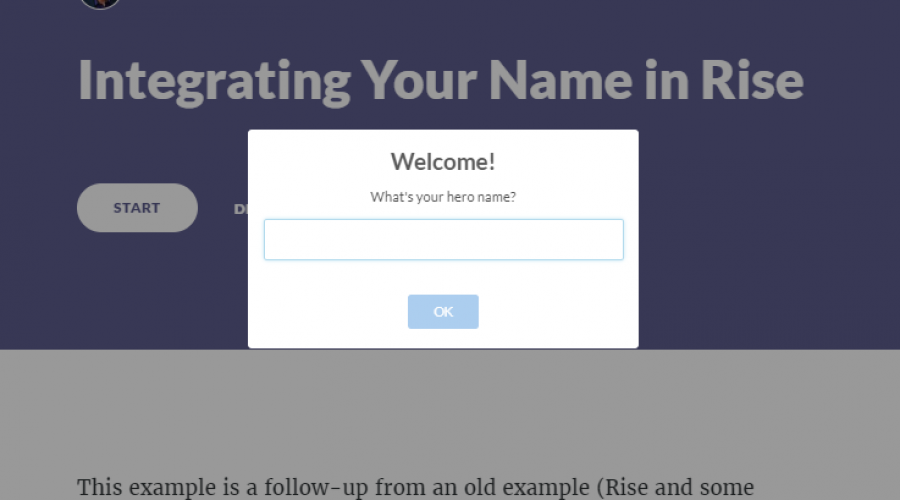 Several people connected with me on how to capture the user’s name and use it inside Rise as in this example. Well, this was my first exploration with Rise in 2016. A lot happened since then, and Rise has loads of new features.

Except the one that is shown in the example: letting the user enter their name and then using the name in the course. The example above had lots of other things going on and the library I used had a recent update. So I figured I publish an updated version.

The new example has only the name capture so you don’t have to dig through a lot of other “magic.” The prototype includes the downloadable files and the instructions.

Caveat: Rise will not save your entry. Every time you launch the course it will ask for the name. You could overcome this by using xAPI instead of Scorm and send and receive statements. But that’s a different blog.

I want to reiterate that this is not a Rise feature of the box, you will need to do a little manual work after exporting the course. I also have an automated version that saves you the manual work if you’re on Windows: